India ready to meet the challenge of the Corona virus

India ready to meet the challenge of the Corona virus 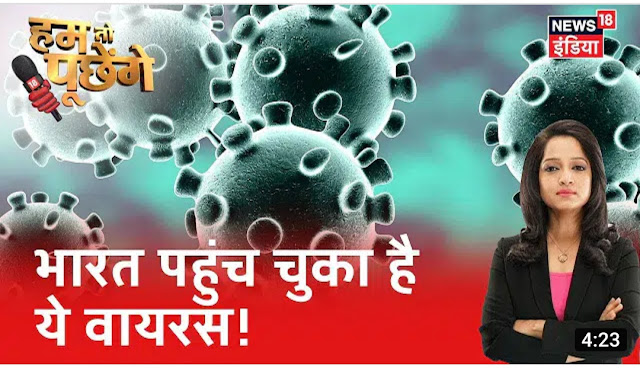 The online telemedicine research institute did a lot of work in SAN-3 when the SARS (Civil Acute Respiratory Syndrome) virus spread widely in China and other countries.  Although scientists have yet to establish the identity of this new virus, it is clear that the proximity to the SARS corona virus is clear.  Based on the extensive experience working on SARS and subsequently swine flu (HNN flu virus), the institute has begun working on the production of machines for scanning the novel corona virus. Thus, scanning of the novel corona virus is now possible in India as well, said Mr. Ragesh M., Chairman and Senior Scientist of the Online Telemedicine Research Institute, Ahmedabad.  Shah said.  He added that the WHO (World Health Organization) has also declared the infestation as a health emergency.  The Institute is known for its optimum use of science and technology to solve public health problems.  Ragesh Shah was inducted into India's six prestigious Millennium Indians by India Today in the year for his contribution to science and technology in public health.  He is a Bio Medical Engineer.  He was honored for his initiative in public health during the Kumbh Mela. In case of the spread of the virus in India under any circumstances, the institute has begun taking precautionary measures to increase its capacity, such as training people to be isolated and to analyze the affected people.  He has also started training people on how to operate a machine.  SARS experience and information are proving very useful in preparing machines and other infrastructure for the Novel Corona virus.  During the SARS outbreak, the online telemedicine research institute worked jointly with the governments of China, Malaysia and Gujarat.  At the elementary level, the institute has adopted a two-pronged strategy.  Under the first level of work, the institute has started training the people on how to operate the machine, while on the other hand it is analyzing patients' information so that a safe system can be prepared for the future.  Raghesh Shah further added that, given the extensive experience and expertise of the Institute in diseases such as SARS and swine flu, the Gujarat government has included it for its work in this problem.  He expressed confidence that China and other countries are fully equipped to meet this new challenge.He did not have the medical and infrastructure available during the SARS infestation but this time the world is well equipped to deal with it.  At present, the institute is also equipped to prepare the system to meet this new challenge of public health in a better response time.  Informing about the Novel Corona virus, Ragesh Shah said that it was relatively less serious but more contagious than SARS.  The death due to it is low but its prevalence is much higher.  His organization emphasizes the use of science and technology instead of clinical research to solve the problem.  We are a solution oriented organization rather than diagnostic focused.